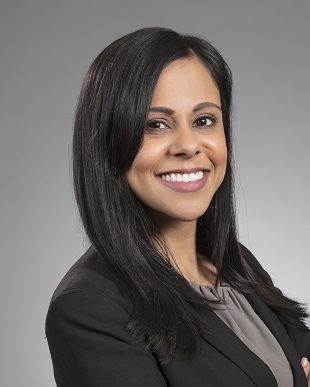 Tiffany Clarke received her Honours B.A. in Sociology from the University of Windsor in 2007. She obtained her Juris Doctor (J.D.) from Bond University in Queensland, Australia in 2011 as well as the National Committee of Accreditation certification in the same year. She was called to the Bar in 2013.

Tiffany began her legal career as a Personal Injury lawyer in Mississauga. She then spent the next few years practicing Insurance Defence Litigation for large Insurance Companies in the GTA. Tiffany made the decision to practice locally and joined the offices of Lefebvre & Lefebvre LLP in 2018 as an associate.

She is a member of the Brant County Law Association and a member of the Optimist Club of Mount Pleasant. She loves spending her spare time with her family, watching football and travelling.